We’ve been in your shoes.

“To give you the information and knowledge you need to make informed decisions and follow the law.”

ABOUT OUR FOOD HANDLER CERTIFICATION COURSE

As a food service employee in the state of Texas, you may be learning about the Texas Food Handler certification that your boss is probably making you obtain. The curriculum is designed by the Texas Department of State Health Services (DSHS), a state government agency here in Texas. The mission of DSHS is “To improve the health, safety, and well-being of Texans through good stewardship of public resources, and a focus on core public health functions.” DSHS and Texas Food Handler programs like Certified On The Fly firmly believe that with proper training, service industry workers are better able to identify and avoid dangerous practices in regards to food preparation and service. Certified On The Fly is designed to provide Texas food handlers the most efficient way to obtain their certification. Certified On The Fly offers a fast and affordable online Texas Food Handlers certification course, which can be taken on your schedule in the comfort of your own home.

As a server and manager, I found myself in your position every couple of years: Sitting in front of the computer having to suffer through a mind-numbing online course, a course that inevitably missed the mark on reflecting what it’s really like to work in the service industry. Certified On The Fly was created out of my desire to fix that.

As a food handler in the state of Texas, your employer is likely requiring you to take our online course. The curriculum is designed by the Texas Department of State Health Services, the state agency that regulates the food service industry in Texas. The DSHS firmly believes that when food handlers have proper training, they are more able to identify and avoid unsafe food handling practices.

THE GUY BEHIND OUR COMPANY

My career in the service industry started because I needed to save some money for gas and insurance before getting my driver’s license. There were a handful of businesses within walking distance from our house in Georgetown, Texas and one of them, a tiny family-owned Italian restaurant, just happened to be in the market for someone to wash dishes, bus tables, and clean the bathrooms. I was their guy. When I turned 16 a few months later, I pestered my way into my first serving position at an awesome 1950′s-style diner called Monument Cafe which has since been featured on the Food Network show Diners, Drive-Ins, and Dives. Needless to say, these early job decisions turned into a career. My career as a server carried me through college, during which time I had the opportunity to oversee the private dining program at one of the most exclusive, fine-dining steakhouses in Dallas and one of the highest-grossing restaurants in the United States. The experience I gained from standing in front of and speaking to large groups of business executives, attorneys, doctors, celebrities, and professional athletes was unlike anything I could have experienced elsewhere and further solidified my belief that this is truly an awesome industry to be a part of. Since then, I received my Bachelor of Science in Business Administration and Master of Arts in Communication before moving on to become General Manager at an upscale, high-volume restaurant in Uptown Dallas. 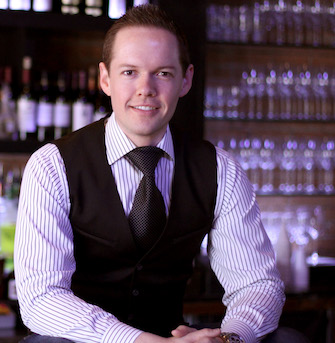 Founder & President Certified On The Fly

We know what it’s like. We’ve been in your shoes. You work a million hours, get little sleep and not enough days off, and quite frankly have better ways to spend your time. That’s why we created the fastest online Texas Food Handlers certification course on the market. Period. Our online Texas Food Handlers course is completely self-paced, so you can click through the course as fast or slow as you want. No timers, mandatory videos, quizzes, or final exams. You can even bundle your Food Handler and TABC certification courses.

FOR YOU MANAGERS & OWNERS HARD TO MONITOR WHEN YOUR EMPLOYEES EXPIRE? WE’LL TAKE THAT OFF YOUR PLATE. FOR FREE.

As a manager or owner, we know you have a million things going on while you’re at work. That’s why we created a free tool to take one of those things off your plate. With our free online roster system, we make it super easy to get your employees re-certified before their Food Handler certificate expires. Just create a free Employer Account, add your employees’ information to your roster, and our system will automatically generate email alerts to both you and the employee starting one month before they expire.