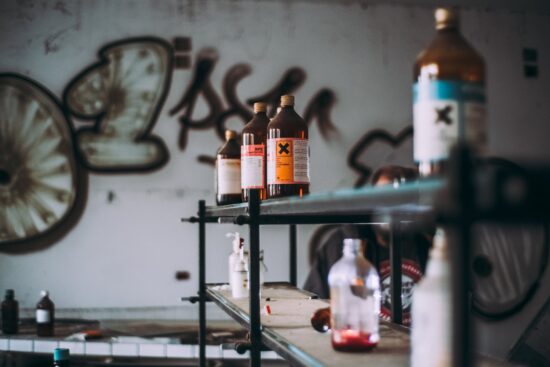 With your Food Handler card from Certified On The Fly, you know how to do your part to keep  food safe for your customers. From a food safety perspective, pre-packaged foods – meaning foods that come already prepared – are less risky for customers. These foods are far less likely to be contaminated than foods handled and prepared in the kitchen. But this wasn’t always true.

Food began being mass-packaged in the late 1800s to early 1900s when family farms faded and people looked to outsource food production. Mass production of food also meant the use of new additives and preservatives. As concerned as you might (or might not) be about MSG or other additives today, the additives of yore were often substances that were truly dangerous. We now realize many of them were not just unhealthy, but poisonous. How did we figure this out?

From 1902-1907, a group of human lab rats agreed to make it their full-time job to ingest all kinds of substances and record the effects on their bodies. Originally part of the Agriculture Department, and funded with a $5,000 Congressional appropriation, a group that has come to be known as “The Poison Squad” went about its work. The Poison Squad consisted of 12 healthy, young male recruits who promised a year of service. This service meant agreeing to eat only food served to them and allowing their weight, temperature, pulse, stool, urine, hair, and sweat to be collected. It appears to have been more a calling for them than a job, since most were given nothing in exchange other than three meals a day. You wouldn’t think it, but they were selected from a large pool of interested applicants.

The idea was to determine the effects of common additives of the time period. Things like borax, sulfuric acid, saltpeter, formaldehyde, and copper sulfate… all of which were widely used, and most of which are poisonous. The Poison Squad was fed the additive in the food served to them until they became sick. The effects were then measured – the headaches, stomachaches, digestive pains, vomiting, etc.

The Father of the FDA

The end result was a push for federal regulation of additives. Copper sulfate, one of those tested additives, is used today as a pesticide. As you can imagine, this regulation didn’t sit well with the food packing industry at the time, but the results of the Poison Squad’s efforts have helped consumers today avoid the liver damage, kidney damage, jaundice, and even brain damage that is now known to be caused by some of these additives. The man who led the Poison Squad studies, Dr. Harvey Washington Wiley, is considered “The Father of the FDA.”

In case this post wasn’t enough to satisfy your interest, the PBS show American Experience recently ran a film on it, The Poison Squad. The Food Handlers course from Certified On The Fly teaches you all the small but essential food safety habits that become routine as a server.  Luckily, we can focus our attention as servers on those habits, and not have to worry about poisonous additives in pre-packaged foods.